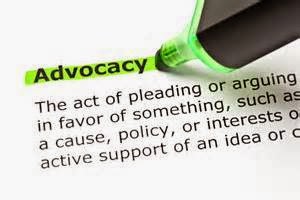 June 14, 2018 UPDATE: ON THE ACTION ALERT EXPLAINED BELOW. This was also received from the New York State Ombudsman Program.

Good morning everyone. Last evening we were informed of the progress on our request for our bill being introduced in the Senate. The bill has now been introduced by Senator Dilan with a bill number of 9002. Due to this progress, we are now asking for you to change your request when you call your local senators. Instead we would like you to reach out to your senators and request that they support bill number 9002, regarding the long term care ombudsman program. If you have already contacted your senators offices please reach out again and inform them of the progress of the bill being introduced by Senator Dilan and request their support of the bill during this session. I apologize for the quick change in this request, however time is of the essence as session ends 06/20/18. If you have any questions, please contact your ASO for assistance. Thank you for your actions on this request.

This call for advocacy was received from the New York State Ombudsman, who directs New York’s Long Term Care Ombudsman Program. NCCI runs the Ombudsman Program for Clinton, Essex, and Franklin Counties, New York. It’s important we act on this by Friday, June 15, 2018.

I need your assistance in gaining passage of legislation that would conform NYS Elder law provisions governing LTCOP with the new regulations issued by the Feds governing the operations of LTCOP.

Enactment of the bill is important since failure to be in compliance with the new Federal program requirements could jeopardize overall Federal program funding for LTCOP and all NYSOFA programs. A letter was received from ACL in response to the question asked by the Senate regarding the impact of not passing this bill. Legislation has been introduced – at my request as well as by Assemblywoman Lupardo and Senator Serino - A.10161, Lupardo / S. 7975, Serino - that would accomplish this goal.

The Assembly and Senate both have made changes to their bills and the Assembly decided to  introduce a new bill (A. 11050, Lupardo)- which is in the 2nd attached file, for procedural reasons and for the purpose of helping the process advance; that reflected changes that both houses were seeking.  All of the changes are acceptable to the Office of the State Long Term Care Ombudsman.

There now needs to be a companion bill in the Senate that matches Assembly bill (A.11050).

We are requesting that you contact your State Senator [Sen. Elizabeth Little: (518) 455-2811]. Tell them your name and that your organization provides a valuable service to their constituents who live in nursing homes, adult care facilities and family type homes.

This worthwhile program is helping address quality of life issues for these individuals, by advocating on their behalf.

The proper and lawful operations of this program by the Federal Administration on Community Living (ACL) by NYS is a top priority. Let them know that failure by the Senate to introduce and pass this bill potentially could jeopardize funding for LTCOP which ACL has put in writing;  share a copy of the letter which is the in the first attached file.

NEXT -- SPECIFICALLY ask that your Senator reach out to their colleague Senator Serino, the Senate Chair of the Aging Committee, to request that she introduce  a companion bill to A.11050, Lupardo, and then work to have it passed by the Senate  immediately before the final day of session which is 06/20/18.

We will let you know what actions Senator Serino has taken to introduce the bill later in the week. Please note that if a companion bill has not been introduced by Friday I will ask that you again reach out to your Senator to respectfully request an update on this matter.

I appreciate all of your efforts!